Design choices:
The inclusion in the environment and in the context was the principle that guided us in the design of the Wine Hotel. Taking into account the requests and constraints of the competition, volumes were chosen that adapted to the slope and were on the same scale as the surrounding buildings. The reference is to the stepped terraces of some vineyards. To favor environmental inclusion, most of the buildings have green roofs, which also guarantee better protection and insulation of the roof slabs. The intervention involves the demolition of all the existing buildings involved and the replacement with new ones.

Elements that make up the wine hotel:
-Reception with Bar
-Inn. For the 40 rooms, a basic module was chosen that can be expanded to create single, double, triple or junior suites and suites. Each room has its own terrace overlooking the vineyards and green roofs. The terraces and the windows overlooking the terraces are shaded by wooden pergolas whose shape has been optimized using Rhino-Grasshopper-Ladybug software. The pergolas may eventually also be covered with vines. Furthermore, the pergola system separates the various terraces, guaranteeing the privacy of the various guests.
-Large circulation area on different levels illuminated by a small courtyard.
– Suspended connecting walkway. The shape of the walkway was optimized using Rhino-Grasshopper-Kangaroo software. The walkway starts from the circulation area and reaches the restaurant area, partly also crossing the two rooms. The load-bearing structure is in laminated wood, with reinforced concrete pillars. The opaque surfaces of the walkway are covered with corten steel and the majolica pillars that recall those of traditional Portuguese architecture.
-40-seat dining room with large glass surfaces and terrace overlooking the surrounding countryside. The supporting structure is in laminated wood beams. 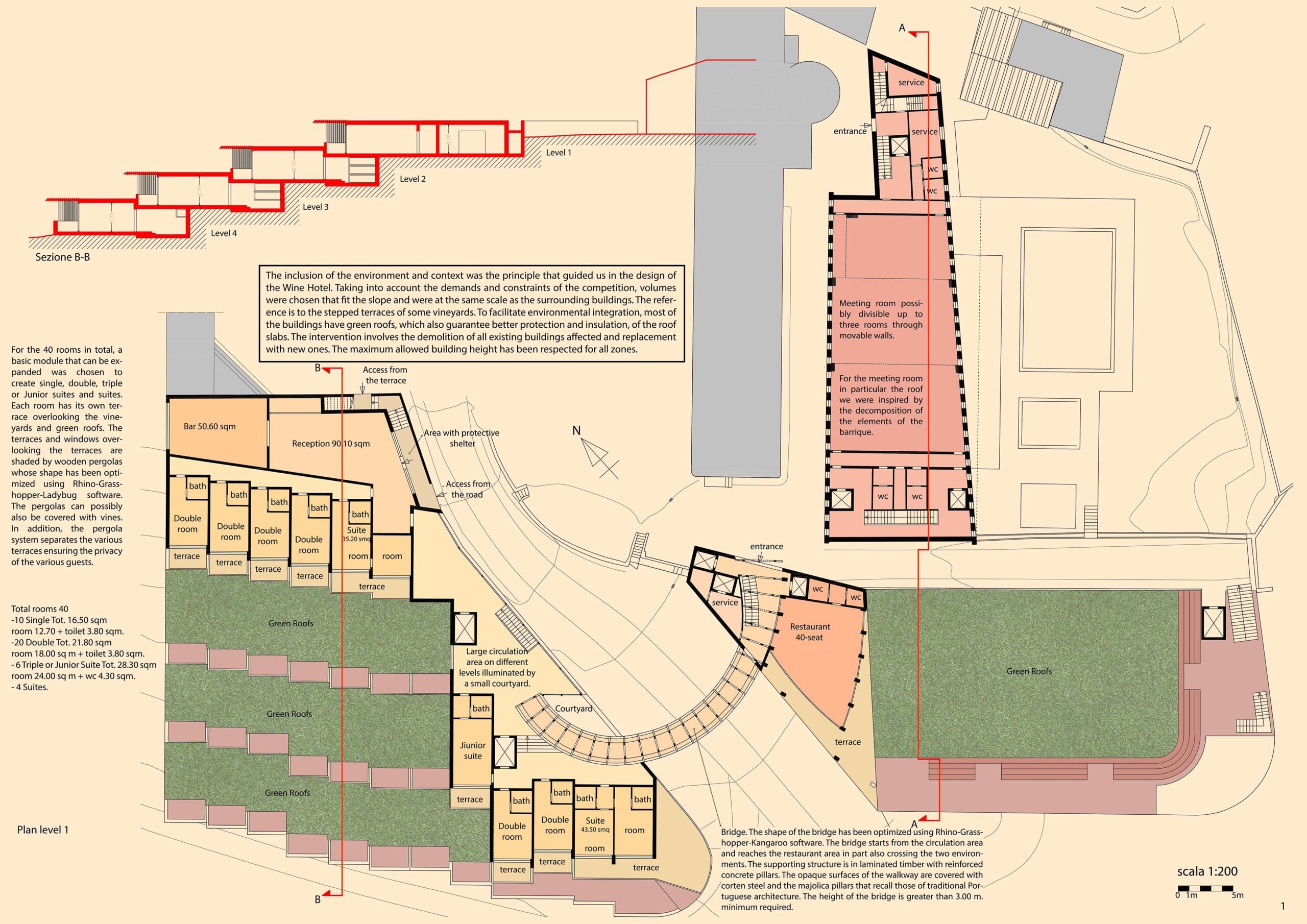 -Kitchen.
-Underground circulation path that connects the events area, the recreation area and the meeting room with the rest of the complex.
-Meeting room possibly divisible up to three rooms through movable walls. For the meeting room in particular the ocpertura we were inspired by the decomposition of the elements of the barrique. The roofing materials are corten steel and wood.
– Event area, exhibitions, receptions, has a stepped shape to mitigate the impact of its volume, to have large spaces free from obstacles, the structure is in laminated wood main beams and steel pillars. A second beam system follows an iterative design designed in software. 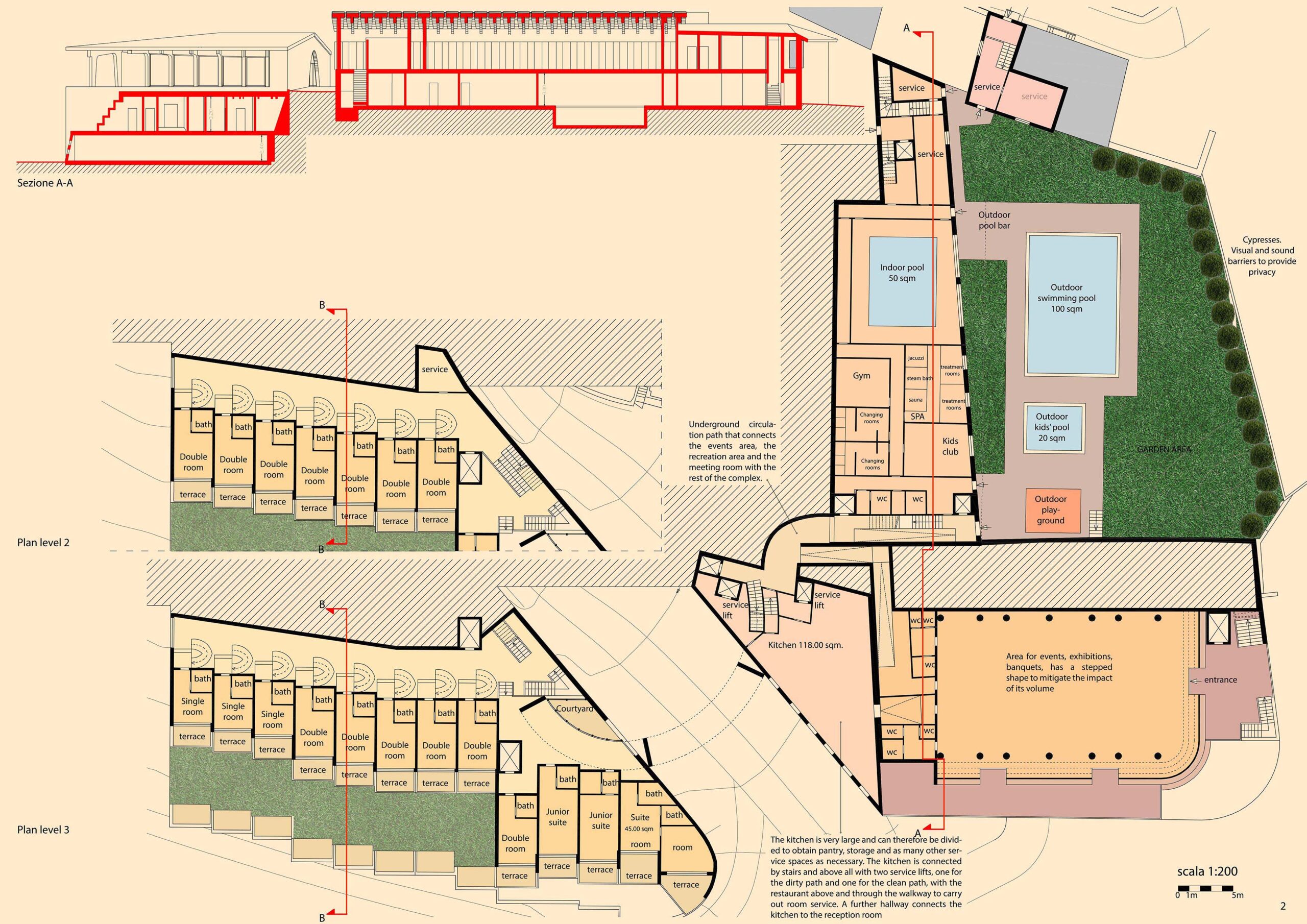